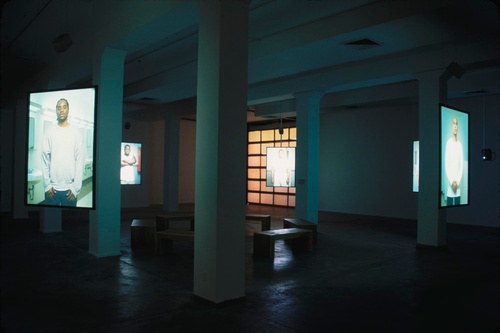 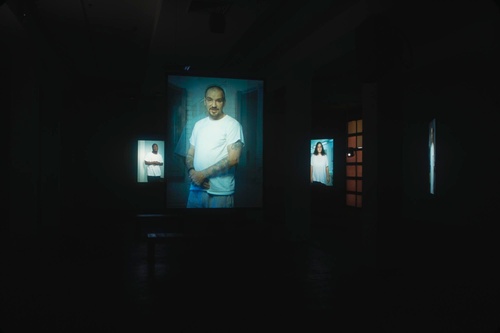 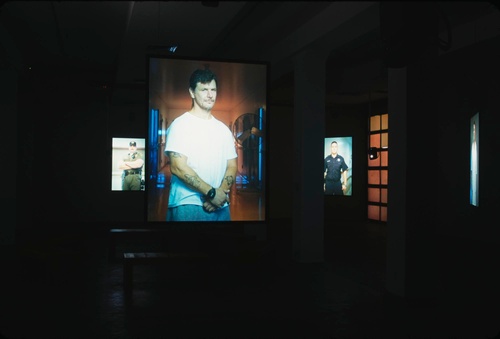 Exhibitions
Fiona Tan: Correction
“Fiona Tan: Correction” is part of the Three M Project, a series by the Museum of Contemporary Art, Chicago; Hammer Museum, Los Angeles; and New Museum, New York, to commission, organize and co-present new works of art. Generous support for the series has been provided by the Peter Norton Family Foundation and the American Center Foundation.

Fiona Tan explores the essential properties of video, film, and photography, especially their capacity for representation and their relationship to time. Throughout her work she focuses on these concerns by using personal and archival sources of imagery. Particularly influenced by her multicultural background-she was born in Indonesia in 1966 to a Chinese father and Australian mother, spent most of her youth in Australia, and now lives in Amsterdam-Tan raises several questions in her work: How do stereotypes and preconceptions affect how we view others? How do photographs aptly represent a whole person? What is the difference between and result of representing yourself versus being represented by someone else?

In her video installations Facing Forward (1999) and Tuareg (1999), Tan examines representations of difference through documentary film footage from colonial expeditions which underscore the uncomfortable interaction between white Europeans and natives of Papua New Guinea and Africa. She documented twenty-year-old Japanese women undergoing a traditional rite of passage into adulthood, shooting archery while dressed in kimonos, in Saint Sebastian (2001). For Countenance (2002), a survey of Berlin’s population that for so many years was divided between East and West, Tan filmed hundreds of Berliners as a response to August Sander’s influential photographic series People of the Twentieth Century, a study of Germans made primarily from the 1920s through the 1940s that categorized the population into seven types. The subjects of Tan’s portraits rarely move, and when asked why she uses film as a medium rather than still photography Tan has said, “I find it intriguing to observe someone who has been filmed for a while…With a filmed image, I become less aware of the image and more aware of the person as an image, the person within, or even behind, the image.”

Tan plays with the properties of film and video because as she says “The passage of time emphasizes the relationship between subject and camera: the contract/construct, however temporary, that went into making the picture.” A number of Tan’s other works explore movement performed for the camera and include the artist rolling down a hill in Roll I and II (1997) or being lifted by helium balloons in Lift (2000). She also deconstructs the idea of linear time by using edited montages, sound, and other techniques to make connections through disparate images such as a botanical science film made to study flowers and a sleeping figure in Linneaus’ Flower Clock (1998).

Current project, Correction, reflects her ongoing interest in images as sociological documentation and in exploring how video represents movement through time. Tan combines a historical approach to photographing prisoners-a genre undertaken by photographers such as August Sander, Danny Lyon, Morrie Camhi, Deborah Luster, and Taryn Simon-with old Hollywood film techniques. Tan filmed in two women’s and two men’s prisons in Illinois and California, where approximately 300 inmates and guards volunteered to participate in her project. Without revealing their names or crimes, Tan filmed brief portraits using the Amerikanische technique, a term used by cinematographers in Germany to describe the classical medium portrait used in Hollywood films in the 1930s through the 1950s, where figures are framed from the knees up. In genre between the still and the moving image, Tan captures her subjects looking straight into the camera. The only movement is their breathing, blinking, and slight fidgeting. The collected portraits are projected on six screens arranged in a circle as a reference to eighteenth-century philosopher Jeremy Bentham’s prison model that he termed the panopticon, which means “all-seeing.” Bentham’s circular building divided into cells allowed guards to anonymously survey inmates from a central tower, suggesting that the threat of being observed would keep prisoners under control. In Correction, this powerful gaze is reversed as prisoners and guards seem to watch viewers sitting in the center of the installation. Tan is interested not in making overt political proclamations or judgments with this work but in making visible a distinct segment of society that becomes invisible within the walls of correctional facilities. She invites viewers to confront their own prejudices and assumptions about prisoners and their guards and to consider these people first as fellow human beings. 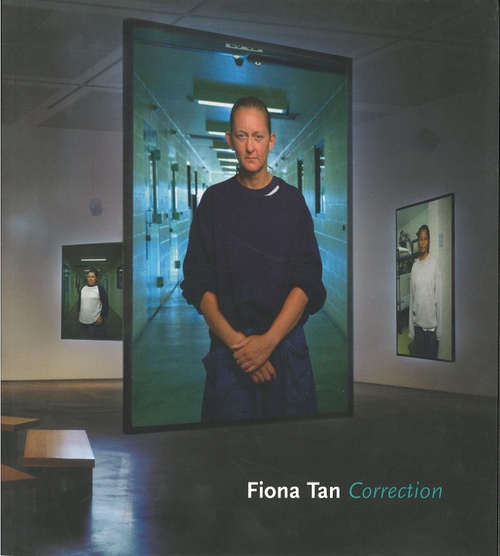