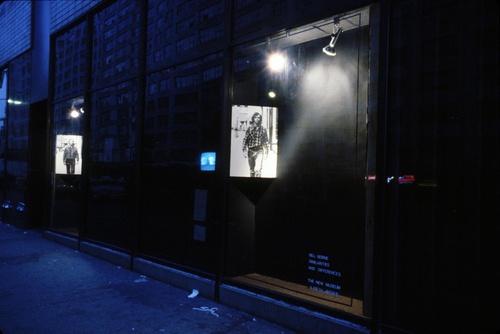 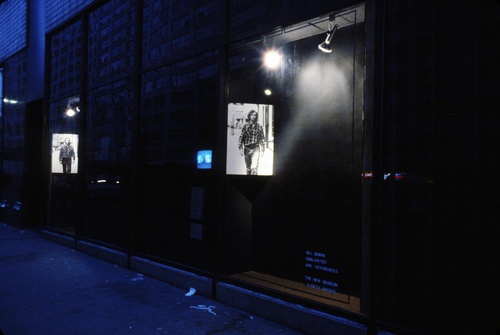 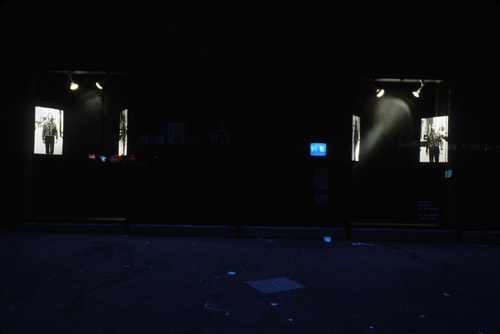 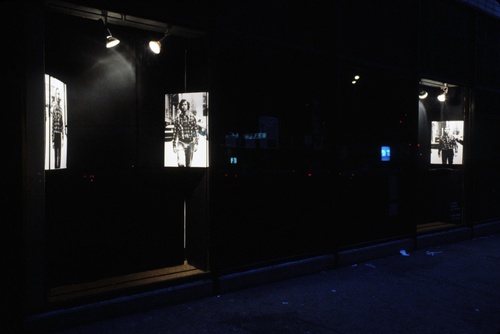 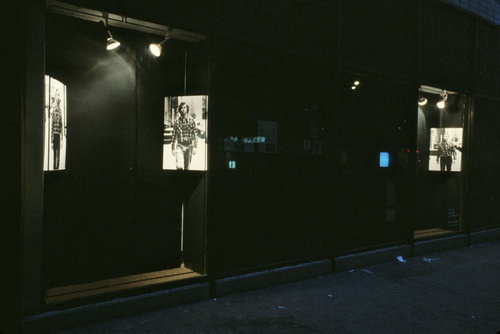 Exhibitions
Bill Beirne: Similarities and Differences
Similarities and Differences was exhibited in conjunction with “Alternatives in Retrospect: An Historical Overview 1969-1975,“ and organized by guest curator Jacki Apple. Beirn’s window installation was based on a street performance originally realized at 3 Mercer Street on October 25, 1975. For the performance piece, Bill and his brother Stephen continuously circled the block in opposite directions, each beginning at one window of 3 Mercer and ending at the other. The street performance involved a prescribed set of movements executed by Bill and Stephen, designed to illuminate their personal similarities and differences. Supplementary documentation, including birth certificates, family photos, written descriptions of the two brothers — as well as a third brother, Stephen’s twin, Paul — and ten poetic statements exploring the brothers’ relationship, was concurrently exhibited inside.

To adapt this work for the Museum’s window, Beirn reversed the visual emphasis from a gallery audience looking out through a window at a street performance, to a pedestrian audience looking into the window. The window contained the documentation from the original work as well as four enlarged photographs of Bill and Stephen. The viewers’ movements functioned as an integral part of the piece as they passed the photographs in rapid succession. Through the juxtaposition of the images, the impact of the brothers’ shifting identities was reinforced, emphasizing the similarities and differences between them.