The New Museum’s archival documentation of Nari Ward’s Carpet Angel includes 35mm slides from Ward’s Harlem studio, where the work was originally created, as well as photographs taken when the work was installed in the New Museum’s New Work gallery in 1993, for Ward’s first museum exhibition. The slides from his studio depict the sculpture suspended from the ceiling by two thin, rusty pipes, illuminated from behind by daylight filtering through the windows. The studio floor is dark and shiny, and the halo of the two windows casts heavy shadows onto the space between Carpet Angel and the viewer.

In contrast, the installation photography of Carpet Angel from Ward’s eponymous 1993 exhibition shows the work in a brighter and more expansive architectural site. These photographs demonstrate that the increased ceiling height of the Museum’s gallery allowed for more vertical space between the suspended and floor-bound components of the sculpture, amplifying the sensation of physical and divine ascension. At the same time, the installation photographs inherently are unable to communicate the visible connective resonance between the work and the origin of its materials and creation that are so apparent in the artist’s slides.

35mm slides like that of Carpet Angel populate the New Museum’s Archives as evidence of historical artists’ files. This kind of evidentiary trace was key to the Museum’s founding mission to document and present contemporary works by living artists in a critical and scholarly context.1 To this end, the Museum established a slide library, particularly focusing on artists who were lesser known and unaffiliated due to lack of exposure. In some cases, artists would mail slides of their work during open calls; in others, Museum curators would directly solicit specific images from artists as they planned upcoming exhibitions. 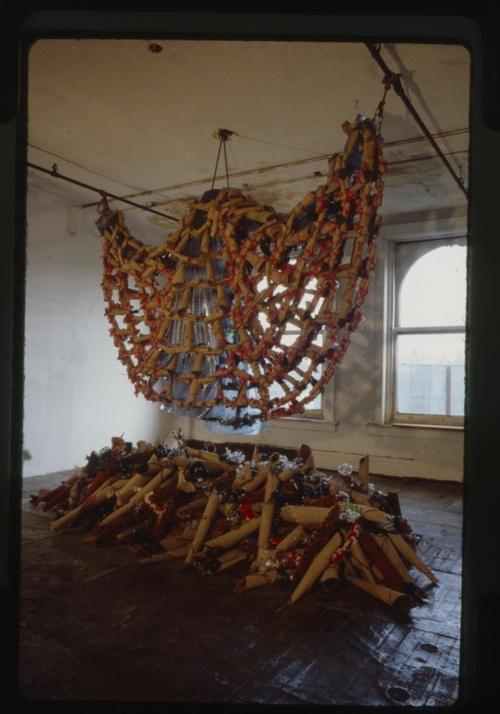 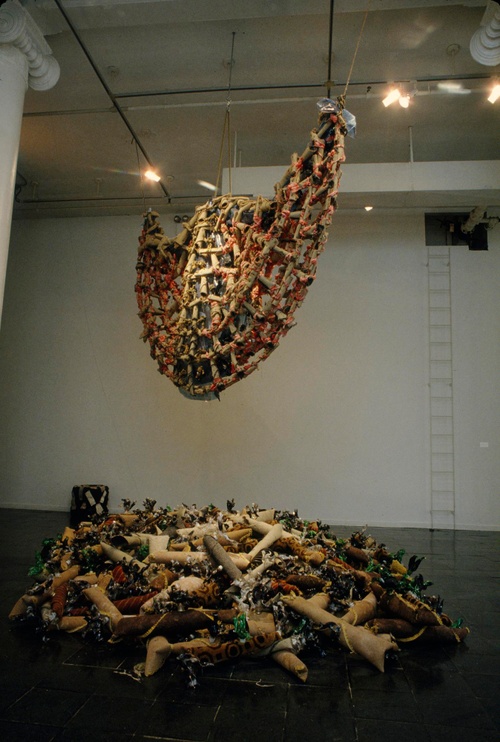 This practice, and the specific format of the 35mm slide, have been replaced over time by digital images, often in abundant circulation on the internet. Yet as a set of archival objects, the New Museum’s collection of artists’ slides reveal the textures and processes of many now-canonical works—including this selection of very early work by Nari Ward—well before they were ever presented as part of the Museum’s programming.

The New Museum’s exhibition files indicate that the slide of Carpet Angel came to the Museum in early 1993. Along with Carpet Angel, Ward included slides of the site-specific installations he made while at Skowhegan School of Painting and Sculpture,2 as well as smaller early sculptures, including an untitled work from 1992 that comprises an inverted, charred baseball bat stippled with wads of cotton—an early exploration of materials and processes that Ward would expand in later installations like Iron Heavens (1995). 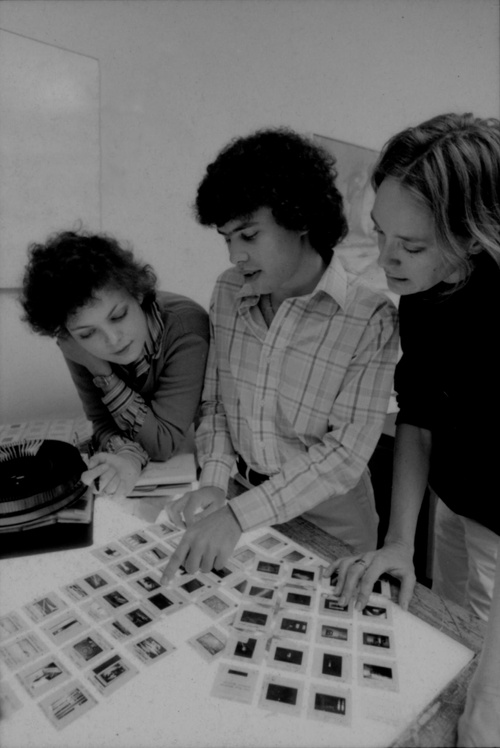 The slide of Carpet Angel, in particular, provides a hint of the character of Ward’s Harlem studio, but also the experimental and adaptive nature of his creative process. The work itself is dependent upon the existing architecture of the room and the rolled carpets speak directly to the space in which the artist found them.3 As such, this archival image provides a rare glimpse into the intimate relationship between Ward’s immediate environment and the found materials he chooses to work with, a relationship that necessarily—even deliberately—grows more subjective and imaginative as the work moves from studio to museum.